SINGAPORE – Media OutReach  – December 3, 2018 – The Lo & Behold Group has introduced its first ever Japanese restaurant concept in Singapore, ESORA. Housed within a heritage shophouse on 15 Mohamed Sultan Road, the 26-seater kappo-style establishment is the brainchild of Chef-Owner Shigeru Koizumi. He spearheads the restaurant’s “one-degree” approach to kappo cuisine, along with a unique tea pairing programme. 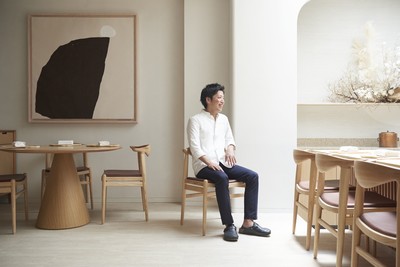 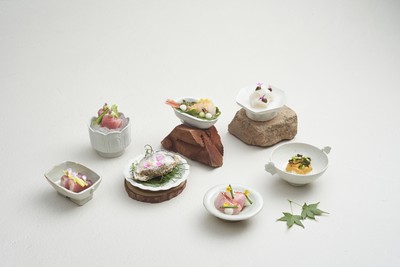 Similar to traditional kappo restaurants, a counter is all that separates guest from chef, allowing the servers and chefs to eagerly share stories behind each dish or ingredient. Yet, ESORA eschews all the norms of traditional Japanese fine dining.

Ushering in a fresh perspective on Japanese cuisine, every aspect of ESORA’s dining experience is personally curated by Koizumi himself, from the food down to the specially-sourced serveware from Japan. This “one-degree” approach to kappo cuisine — a term coined by Koizumi — reflects the extreme level of attention to detail adopted throughout ESORA, from kitchen to front-of-house.

A Chef of His Own Nature

Growing up in the mountainside town of Nasu, Japan, Koizumi’s respect for nature was inspired by the grand landscape surrounding him. This affinity with nature nurtured an acute sensitivity to the integrity of ingredients and drives his passion for incorporating micro-seasonal ingredients at ESORA.

His experiences at Tokyo’s acclaimed three-Michelin starred Nihonryori RyuGin and Singapore’s two-Michelin starred Odette have also lent him a proficiency in modern cooking techniques. Koizumi merges his deep respect and knowledge of traditional Japanese cuisine together with techniques such as pacojets and liquid nitrogen to tease the best possible flavours out of each ingredient. The usage of modern techniques is applied in a way that ties back to the Japanese culinary principle of maintaining the integrity of an ingredient.

The “one-degree” philosophy shines through the most in his fanatical attention to detail when it comes to food. Koizumi believes that every preparation of a dish with its tweaks and refining is a process, not an end; that even the slightest change of just one degree in temperature can affect the outcome of the dish. This is best embodied in his approach to preparing his favourite dish — dashi. Treating the dish with reverence, he takes pride in building the savoury broth in layers with katsuobushi, kombu and a light dusting of yuzu zest, creating a perfect harmony of flavours.

Crafting a multi-course meal which will take diners through micro-seasonal ingredients that are given a modern Japanese take, each meal begins with a selection of snacks followed by Koizumi’s signature dashi. Served next is the amuse-bouche, where Koizumi offers his own modern interpretation on the monaka, which is traditionally served as a sweet dessert. Using Maison Mitteault foie gras torchon, he creates intricate layers of flavours by adding myoga, Japanese mikan, roasted nuts and kaffir lime zest.

The rest of the meal is an orchestra of dishes reflecting Koizumi’s passion for uncovering the best of every ingredient prepared with an extreme level of attention to detail. One of the main standouts is the Omi Wagyu, served with white maitake, amanaga pepper and aged akazu. It is perhaps the wagashi that Koizumi’s playfulness comes through the most with nostalgic confections that are inspired by his favourite childhood snacks.

Koizumi’s respect for nature extends further into his very own unique tea pairing programme. One of the first of its kind in Singapore, the programme is curated by Koizumi, who is a passionate tea connoisseur. Sourced directly through suppliers who have personal relationships with tea plantation farmers globally, this non-commercial sourcing ensures an exceptional quality of tea from farm to cup.

Behind each tea blend is an interesting story worth telling. Personally hand blended by Koizumi and complemented with each dish for a balance of precision and emotion, the teas are served either cold or warm. Presented in modern glassware vessels, each pairing is accompanied by a bell jar of its raw tea blend for diners to immerse themselves in the aromas.

The first brew, the  effervescent Sparkling Oriental Beauty, is served in a champagne flute showcasing Koizumi’s take on the champagne component of a usual alcoholic pairing. The delicate brew is infused with hibiscus petals to impart a deep rosy hue and a subtly floral acidity. Another notable blend is the marriage of Iribancha, Hojicha and a touch of cinnamon which creates an inimitable smoky blend. This particular brew pairs wonderfully with the unctuous Omi Wagyu.

The nature-forward space is reflective of the cuisine served at ESORA, and the chef-guest relationship is always at the forefront. Natural Japanese materials such as timber, copper and marble are used to create a space that is welcoming.

The main counter sits below a skylight dressed in Japanese washi paper — a feature that is a tribute to Koizumi’s love for the sky. It is also a reference to the restaurant’s name, ESORA, which means ‘painting in the sky’.