HONG KONG, CHINA – Media OutReach – 13 November 2019 – Hyatt today announced that Vernon Rego, Chef de Partie — Events at Grand Hyatt Melbourne has emerged champion in the Asia Pacific edition of The Good Taste Series competition. Vernon Rego, together with runners-up Daichi Kondo, Chef de Partie at The Grill in Hyatt Regency Kyoto and Mark Zaragoza, Chef de Cuisine at The Cellar in Grand Hyatt Manila, will represent the company’s Asia Pacific region in the global final held in Abu Dhabi in March 2020. A testament to Hyatt’s commitment to culinary excellence and creativity, The Good Taste Series is open to anyone from line cooks to executive sous chefs in Hyatt hotels globally. 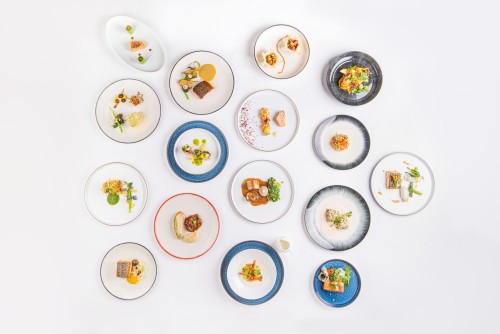 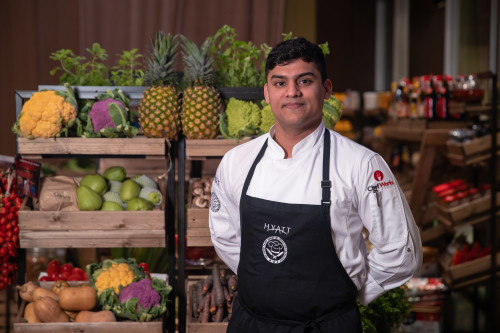 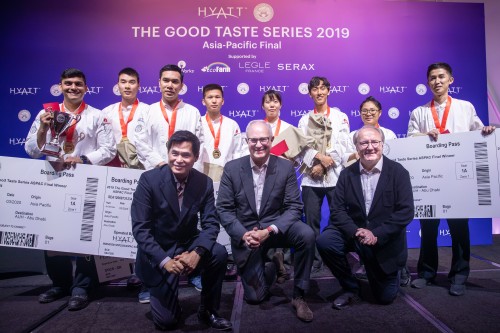 “Hyatt has enjoyed the reputation of being a leader in food and beverage. Our secret sauce to success is to foster a nurturing environment where we develop and recognize our chefs through a stimulating platform that sparks their creativity,” said Andreas Stalder, senior vice president, food and beverage operations and product development, Asia Pacific at Hyatt. “More than 630 chefs — an 85% increase from last year, competed in The Good Taste Series competition this year. This strengthens the foundation that Hyatt has built for career development, enabling our chefs to create unparalleled experiences for our guests.”

631 chefs from 72 Hyatt hotels and resorts in 12 countries in Asia Pacific competed in the rigorous regional contests for the coveted opportunity to showcase their culinary chops on an international stage. This year’s Asia Pacific final featured eight contestants, an increase from previous years, as there were three contestants representing mainland China — which accounts for almost half of Hyatt’s portfolio in the fast-growing region.

The night before the Asia Pacific final, the finalists received a mystery black box — which consisted of sustainable salmon, free-range chicken, cage-free eggs and young kailan and young fennel from Eco Farm, a certified organic farm in Jiangxi, China. These ingredients embody Hyatt’s food and beverage philosophy, Food. Thoughtfully Sourced. Carefully Served, in order to better care for guests and communities in which Hyatt hotels operate. Each chef was required to prepare an appetizer and a main dish using these ingredients.

Vernon Rego won top marks from the judges with his two creations: An appetizer of confit salmon, soffritto, fennel and orange and a main course of chicken, apricot, hazelnut and spice carrot. “This has been an incredible experience where I have been able to challenge myself and play with my ideas for new dishes and flavors. Coming this far in this highly regarded competition has been an amazing journey and a career highlight for me,” said Vernon Rego. “I look forward to the next stage in the global final, meeting my fellow Hyatt competitors and seeing how we all challenge each other in this supportive environment.”

Vernon Rego, Daichi Kondo and Mark Zaragoza will travel to Abu Dhabi in March 2020 where nine talented chefs from Hyatt hotels around the world will face off in the third global final of The Good Taste Series competition.

The term “Hyatt” is used in this release for convenience to refer to Hyatt Hotels Corporation and/or one or more of its affiliates.