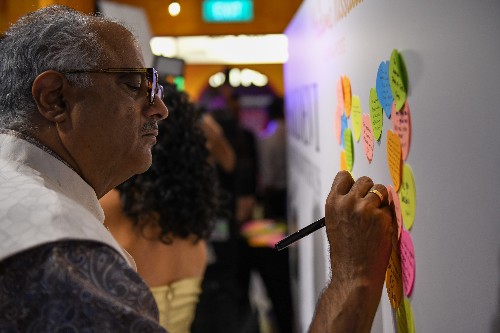 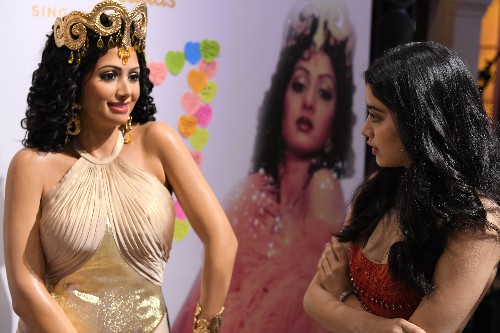 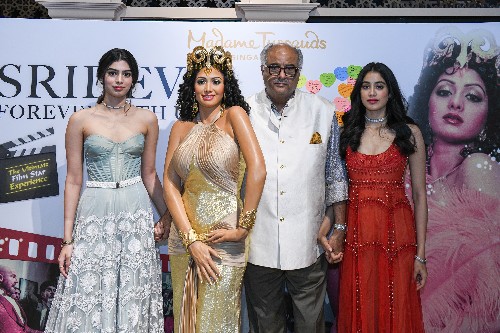 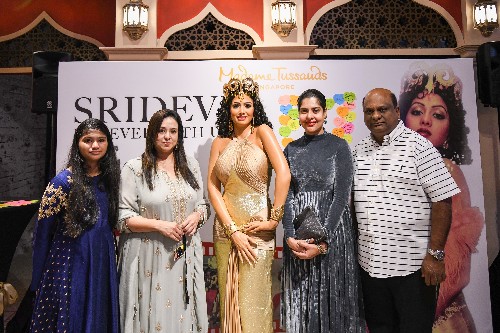 The unveiling took place in the Ultimate Film Star Experience (UFSE) zone, where the exclusive figure took pride of place in front of a special memorial wall backdrop, containing tribute messages from Sridevi’s fans from all over the world. After the launch, Sridevi’s figure will join other Bollywood stars in the UFSE zone in her dedicated Mr. India movie poster set, where visitors of Madame Tussauds Singapore can leave messages on the memorial wall next to the set.

Her wax figure is based on a still from her iconic performance of the song “Hawa Hawai” from the movie Mr. India. A cult classic, Mr. India holds special meaning for Sridevi and her family as the film was produced by her husband Boney Kapoor.  The movie was the second highest-grossing Indian film in 1987 and remains hugely popular 32 years on. 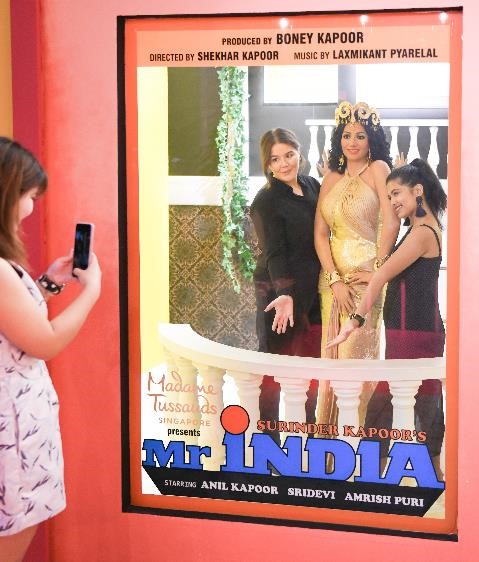 “Together with Madame Tussauds Singapore, we chose her iconic pose from the song ‘Hawa Hawai’. This holds special meaning as it was also what she sang at her first live stage performance at Hope ’86 in Mumbai and Calcutta. There have been numerous cover versions of the song in various films but none of them have come anywhere close to her performance. ‘Hawa Hawai’ has a special place in the hearts of our family and her millions of fans,” says Boney Kapoor.

Apart from Sridevi’s dedicated family, the launch event was also supported by Lavania Hajji and her team from Dance Embassy, as well as the International Indian Film Academy Awards. Andre Timmins, the Founder and Director of IIFA said, “This is a truly special moment to be honouring the legacy of the late Sridevi who has always been a close friend of IIFA and supported us over the years as an award-winning performer.  This is a wonderful opportunity for fans around the world to see her at Madame Tussauds Singapore and continue celebrating their love and adoration for her.”

“We are honoured to have Sridevi’s first and only figure joining our Ultimate Film Star Experience (UFSE). The occasion is made extra special with Sridevi’s family with us for the unveiling. We thank them for their time and effort in collaborating with us,” said Alex Ward, General Manager of Madame Tussauds Singapore. “With such an important addition to the UFSE, we look forward to welcoming more fans from around the world as we also continue to add more exclusive celebrity content to the zone.”

The newly launched UFSE spanning 2,500 sq ft, brings guests on a journey through the glitz and glamour of Indian cinema culture from the moment they step through the doors. The world’s largest celebration of Indian superstars, this unique experience utilises cutting-edge technology like Kinect and AR to give visitors the chance to be part of the limelight: https://youtu.be/EmLdC8Vhzq4