LAGOS, NIGERIA – Media OutReach – 7 November 2018 – The Economic and Financial Crimes Commission (EFCC), has conformed with the order of Nigeria’s High Court, directing the removal of the name of the Executive Vice Chairman of Aiteo Group, Benedict Peters, from its list of wanted persons.  This action confirms EFCC’s compliance with the judgment handed down in March 2018, by Justice O.A. Musa of the High Court of the Federal Capital Territory. Justice Musa had ordered that Peters’ name be taken down from the anti-graft agency’s website, describing the process leading to his declaration as ‘wanted’ by EFCC as unconstitutional, since it was not initiated or validated by any known law or court order. 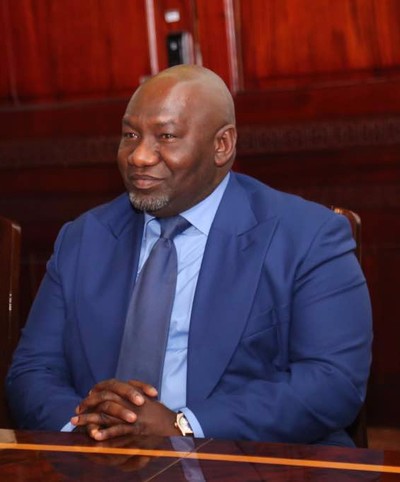 Reacting to this development, renowned Constitutional and Human Rights Lawyer, Chief Mike Ozekhome, SAN, said: “We wish to commend the Economic and Financial Crimes Commission (EFCC), under the leadership of Ibrahim Magu, for living up to its commitment to uphold the rule of law and obey the order of a competent court to remove the name of  the Mr. Benedict Peters, from its list of wanted individuals. The EFCC has shown a deep regard for the sanctity of the nation’s legal system, and we can confirm that Peters’ name has been cleared. In view of this and based on the fact that the decision by EFCC is premised on a court order, Peters has been legally excluded from the list of wanted persons in Nigeria. He can therefore continue his lawful business and enjoy his constitutionally guaranteed rights.”

The EFCC in March 2017 declared Peters wanted on its website. However, in response to suit, FCT/HC/CV/23/2017, the court reached the incontrovertible conclusion that Peters has never been charged with, nor tried for any criminal offence in any court of law, nor has he ever jumped bail for any offence howsoever in Nigeria and cannot be declared wanted by administrative fiat without any prior order or leave of court.  In the proceedings challenging EFCC’s actions, Justice Musa declared that “…the very act of declaring the Applicant (Benedict Peters) a WANTED PERSON on the official website of the 1st Respondent (EFCC) without any prior order or leave of a Court of competent jurisdiction to that effect is unlawful, illegal, wrongful, ultra vires, unconstitutional and constitutes a flagrant violation of the Fundamental rights of the Applicant to personal liberty, private and family life, freedom of movement and Right to not to be subjected to inhuman treatment and degrading treatment as guaranteed under Section 34, 37, 41 and 46 of the constitution of the Federal Republic of Nigeria, 1999 (As amended) and Articles 2, 3(1) & (2), 4, 5, 6, 7, and 12(1) of the African Charter on Human and Peoples’ Rights (Ratification and Enforcement) Act 2004“.

Benedict Peters has recorded successful outcomes in three other cases, including one overturning the forfeiture of his properties which were wrongfully included in a list of properties belonging allegedly belonging to a former minister forfeited by court orders.