SHENZHEN, CHINA- Media OutReach – October 29, 2019 – A poetic art space appeared in Futian Metro Station, the busiest metro station of Shenzhen, attracting the attention of passers-by on October 23th, 2019. There are more than a dozen specially-designed POS machines on display. People can pay one yuan for a collection of poems written by children living in rural village. 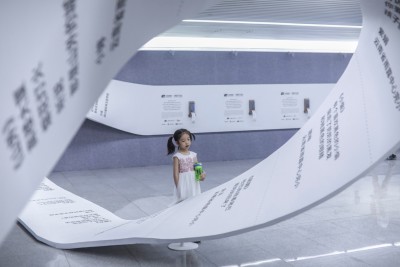 It is reported that this charity event was initiated by China UnionPay, China Children’s Charity Foundation, and Henan Children’s Hope Foundation, which was widely noticed and discussed by people from all walks of life. What’s more, these magical poetry POS machines was acknowledged as “a museum of innocence in China” by some authoritative media. The campaign was popular for a time in   Shanghai, China three month ago. It also started its national tour. Campaign in Xiamen few days ago was its first stop while Shenzhen Campaign was the second. All money raised at the campaign would be donated to provide art and literature lessons for these rural children.

During this Shenzhen Campaign, China UnionPay had upgraded these poetry POS machines to ensure that people can pass their love better and safer. Huawei, Vivo and OPPO, three Chinese famous mobile phone brands, actively joined in this campaign, bringing these children’s poems to the OPPO Super Flagship Store and the Vivo Experience Center in UNIWORLD in Shenzhen and creating more opportunities for people to enjoy the charm of poetry. 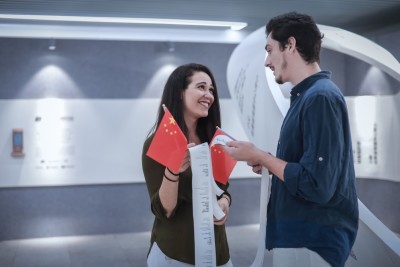 The campaign at Futian Metro Station not only attracted citizens and foreigners in Shenzhen, Hong Kong, and Macao, but also several famous poets like Xie Xiangnan, Huang Canran, Yang Zhengguang, and Deng Yunqing, the founder of HongYun Reading, who showed up at the station and read the poems to show their support.

At present, China UnionPay mobile payment service is available in the city’s bus and metro systems, 40 large-scale business circles, 11,800 stores, and 180,000 taxis.   Hu Dan, assistant general manager of China UnionPay Shenzhen Branch, said that UnionPay will stick to the concept of “pay for the people” and organize more activities to benefit the society.

In the future, China UnionPay poetry charity campaign will continue to be carried out in Guangzhou, Chengdu, and Beijing, making the seeds of poetry take root in the motherland, keeping the talent of Children shining.