BERLIN, GERMANY – EQS Newswire – October 5th, 2019 – Attorney Dr. Gerhard Strate on behalf of and commissioned by the Managing Directors of PWK Jewelry Company Ltd., based in Thailand and engaged in the production of jewelry for Elumeo SE and Juwelo Germany, (PWK) filed a complaint against the discontinuation of investigations by the public prosecutor’s office. elumeo’s managers and Chairman of the Board have been investigated for fraud and breach of trust. The managing director of elumeo SE, Bernd Fischer, who was also investigated, on behalf of the company, announced that they considered the complaint “hopeless”. Dr. Gerhard Strate, lawyer, explained this: 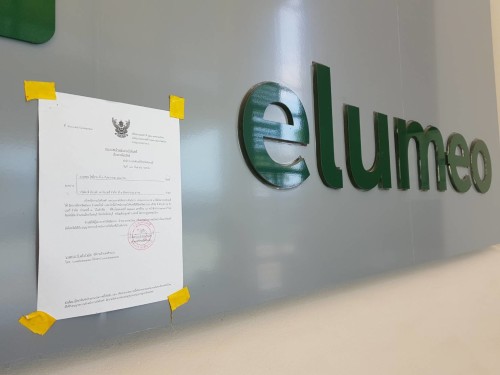 Following questionable management by Wolfgang Boyé, Thomas Jarmuske and Bernd Fischer, for the past couple of years the company is in free downfall dragging the subsidiaries with them into the abyss. According to a decision of the Thai Labour Court dated

“Of course, we are sure that the appeal against the attorney’s order will be a success. The Defense Attorneys for those we accused had submitted their comments along with various documents to the Prosecution. Just one week later, the responsible public prosecutor had completed her two-and-a-half-page decision to dismiss our claims. She was able to do that only because she accepted the arguments and claims of Defense Attorneys one by one, without checking their legitimacy.”

“On the same day that the Defendants filed their statement, we requested file access for our Thai clients. The access to the file was only granted to us only after the notice of dismissal was already completed and delivered. Our possible counterarguments were not heard to not jeopardize the intended termination (at least not at this stage of the procedure). This approach of the Public Prosecutor is contrary to the rule of law and reveals a lack of readiness to clarify that does justice to neither the cause nor the fate of my clients and the now unemployed 650 employees of the production facility in Thailand.”

“We will demand that the Prosecutor General’s Office rectify this completely unilateral partisanship in favor of the Executive Directors of Elumeo SE and its Chairman of the Board, as it is obvious that this is a fraud to the detriment of the PWK.”