TAITUNG, TAIWAN – Media OutReach – 2 November 2018 – The 2018 Taiwan Open of Surfing kicks off at Jinzun, Taitung on November 26th and runs through December 9th. The competition this year will be grander than previous years. Jinzun was selected as the venue for the World Longboard Surfing Championship by the World Surfing League (WSL) for the first time in 2017. The World Junior Championships will also be held this year, upgrading Jinzun from just one stop along the world tour. Hosting dual World Championships for surfing sets a new record for Taiwan. Since the establishment of the league, this will be the first time that dual championships are held at a single venue. Taitung rises to a new peak in the eighth consecutive year of the Taiwan Open of Surfing. 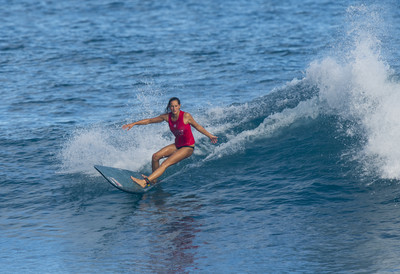 Surfing enthusiasts from all over the world will gather in Taitung

Since the launch of the Taitung Open of Surfing in 2011, Jinzun, Taitung has risen from one stop along the WSL tour, to become the location to host the World Junior and World Longboard Championships. Taitung’s position in the world of international surfing will no longer be the same. The highly anticipated dual championships will bring the world’s top surfers to Taiwan. The WSL Junior Championships will feature some of the premier surfing stars such as Joel Parkinson, Gabriel Medina, Jordy Smith, Sally Fitzgibbons and Laura Enever. This event invites both foreign and domestic competitors to Jinzun, Taitung to battle it out on the waves. Domestic surfers will be able to compete in several events including men and women’s longboard, men’s shortboard, domestic team long and shortboard.

Jinzun features an unparalleled coastal terrain and low latitudinal position; the waves of Taiwan’s east coast are unique in size and shape. With first-class waves, the Taiwan Open of Surfing is held each November, attracting surfers worldwide to come and face the challenge. The must see dual championships are this year’s top surfing event. It is under much anticipation that surfers from around the world can show off their surfing prowess. So come to Jinzun and be sure not to miss the most unforgettable surfing event yet. For competitors, forms can be downloaded off Facebook with registration opening in November.